Maplecon was a science fiction & comic book convention held in Ottawa during my teenage years. A friend of mine who attended 1981's Maplecon 4 first told me about it. Although I didn't attend Maplecon 4 I did save a clipping from our local newspaper. 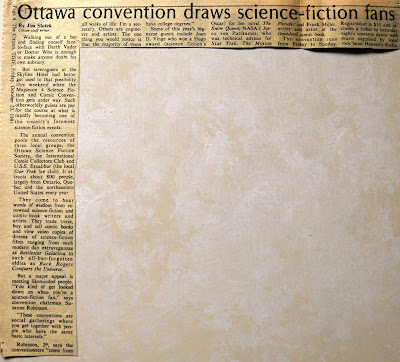 Two years later Maplecon 5 was held. I believe this was the first convention I attended, at the tender age of 14. 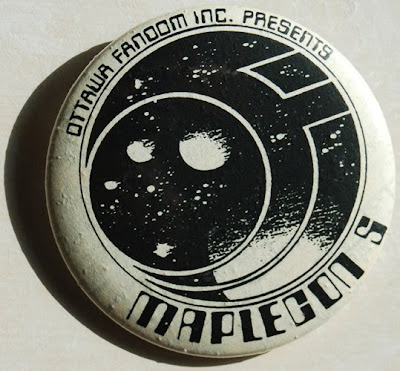 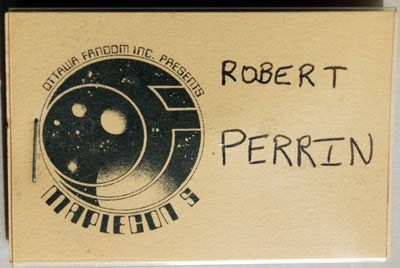 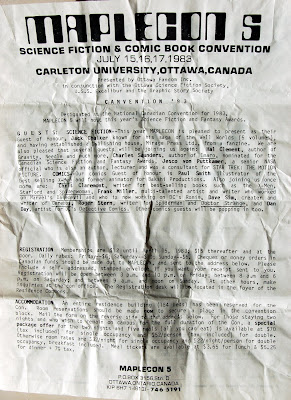 The following pictures are from the Maplecon 5 program. 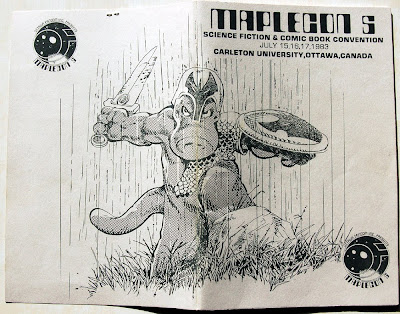 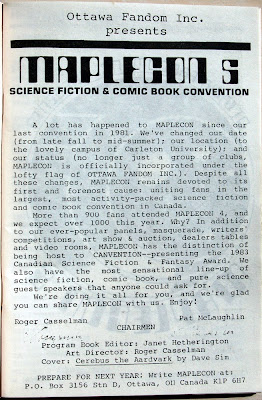 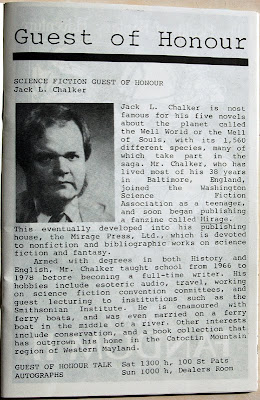 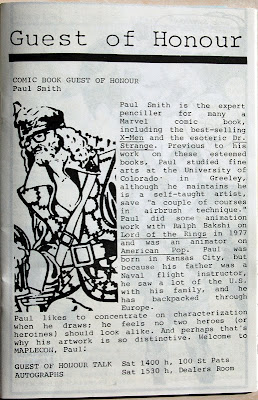 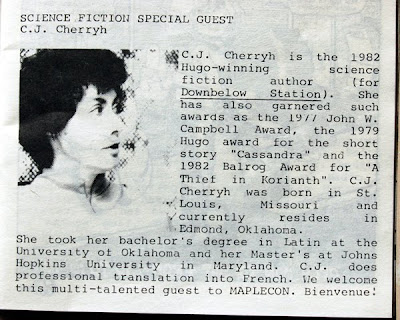 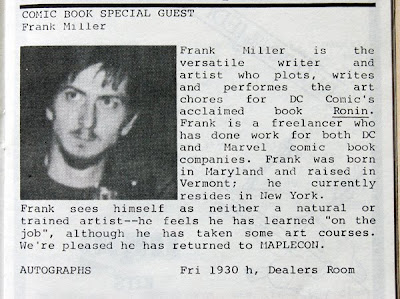 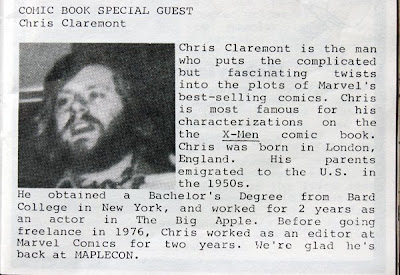 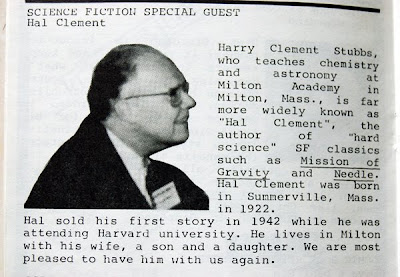 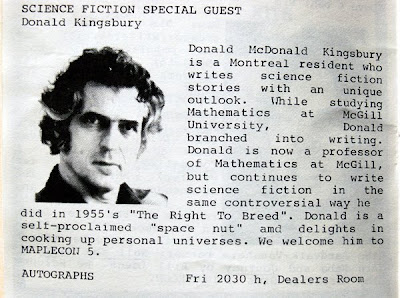 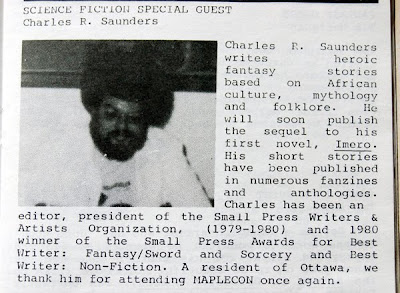 Here are some of my plans for the con. 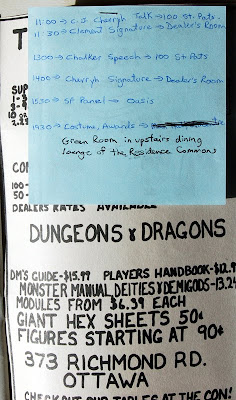 Maplecade was a fanzine associated with the convention that was given out as part of the welcome package. 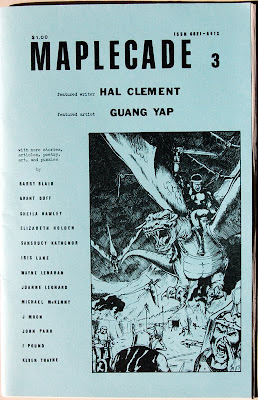 I had three authors sign books for me at the con: 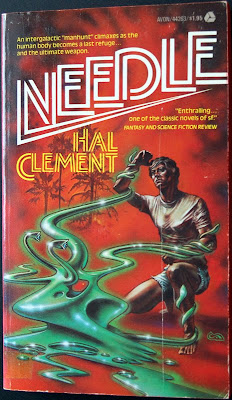 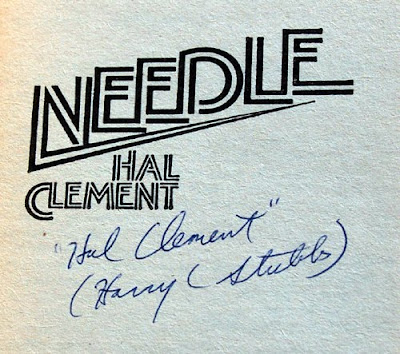 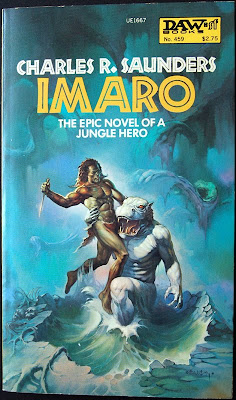 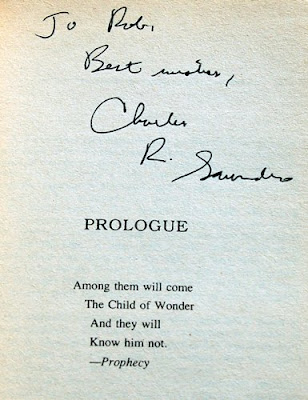 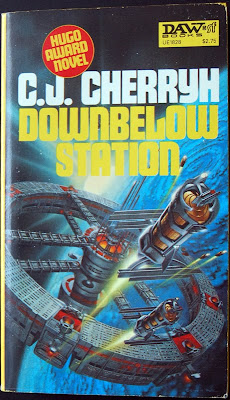 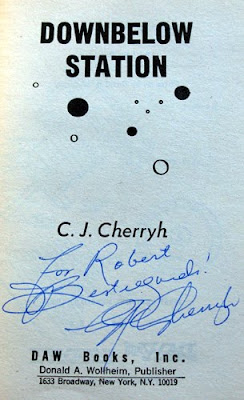 My experience is summed up in my diary entry of 17 July 1983: "Today was the last day of Maplecon 5 convention but I didn't attend. I did, however enjoy both Friday and Saturday. I went to panels and the costume ball and, of course, the dealers room where I bought many items including: August '83 issue of Starlog magazine, the Spring '79 issue of Asimov's SF Adventure zine which completes my collection, 2 autographed books -- Hugo-award winner Downbelow Station by C.J. Cherryh and Imaro by Charles Saunders (I also got Hal Clement to sign a copy of Needle which I already had), packages of Star Trek -- The Motion Picture bubble gum cards, a Spock button from STTMP, a Maplecon 5 button and the complete set (18 volumes) of Star Trek comic books which appeared after STTMP came out. I've read 7 of these and they are all right though not astoundingly superb. I also obtained issue no. 41 of the original Gold Key comic series, the particular issue being November 1976. The sf authors I saw at the convention were C.J. Cherryh, Jack Chalker, Hal Clement, Charles Saunders, and Donald Kingsbury."

Again the local paper had some coverage of the con.

Posted by RobPerrin at 8:25 PM